here are my filmmaking resolutions for 2007:

these aren’t necessarily goals, but i’d like to experiment with special effects, shooting in front of a green screen.Â  i’d also like to try working in another genre besides comedy.

what are your filmmaking resolutions for 2007?

it’s been just over a week since i finished shooting my movie, and i have a rough cut done. i have to refine it and lock the picture by next week, and then i have to hand it over to the sound mixer who will be doing the audio mixing for the dialogue. that will…

i’m about halfway through a rough draft of my Office spec. the time i put into outlining is paying off, because i already figured out the main story beats and now i can focus on dialogue and jokes. besides being just a valuable part in the writing process, outlining is something i would have to…

after waiting for what seemed like the longest 2 weeks ever, i got the call from nickelodeon on 9/22 and was told i was accepted into the fellowship! all of my hard work had paid off, and my life is going to completely change. for years, i’ve been working a full time job and then…

Last week I got to go to San Francisco for CAAM Fest, and got to meet the other fellows. Check out the bios and the work of my super talented, accomplished fellows! http://caamedia.org/filmmaker-support/caam-fellows-2014/ Since getting accepted into the CAAM Fellowship, I’ve had several discussions in trying to decide which mentor to try to go after…. 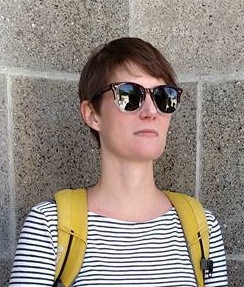