for the upcoming dc shorts film festival, i have to direct a staged reading of my script Camera Obscura. there are 7 finalists, and after all the scripts are performed, the audience votes and the winner (if i remember correctly) wins $1500 plus a $2000 completion bond after they finish making the film.

i live in LA so i have to cast actors from DC over the phone. i’ve never done that before so it’ll be interesting. i received some headshots and all of the actors have a lot of theater experience which is great, because they’re going to have to act differently than they would for film. the performances will have to be bigger so the people in the audience can see it. they won’t have the benefit of the close up.

luckily i only have 2 roles to cast, plus a narrator to read the scene direction. i’m going to set up interviews for this week and hopefully i’ll have decisions by next saturday. one thing to keep in mind is the 3 hour time difference. by the time i get home from work, it’s 7pm which is 10 pm on the east coast. maybe i’ll have to set up morning slots.

after i cast, then i have to worry about rehearsals, which will also have to be over the phone. i wonder if my phone can do conference calls? 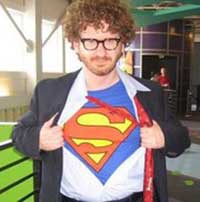 last tuesday i went to a panel at the academy of television arts and sciences (atas) that had the directors of all of the main tv writers programs: ABC/Disney, Warner Bros, NBC, CBS, Fox, and Nickelodeon. i don’t think they’ve ever all been in the same room before! i really wish the event had been…