i finally bought my ipad. one of the main reasons i wanted an ipad was to use it for drawing. the 2 main apps are brushes and sketchbook pro.

i did a little googling to see which people liked better. the consensus seems to be that brushes is easier to use, and sketchbook pro is more powerful. i already had brushes on my iphone and i liked it a lot, but i wanted to try something different so i got downloaded sketchbook pro for now. i’ll probably end up downloading brushes too. they’re both only $7.99. the screen is a great size, just a bit smaller than my sketchbook. some people like using a stylus like the pogo sketch stylus, but i don’t mind using my finger. sketchbook pro uses a lot of gestures to access the controls. using different swipes, you can bring up the brushes and color palette, undo, redo, or bring up the layers palette. yes, there are layers! up to 6 of them (brushes also has 6 layers).

drawing was really responsive. no lag whatsoever. i’m really amazed at both the ipad in general and this app. if the ipad only did this and nothing else, it would still be worth it. before the ipad, the cheapest cintiq cost $1000, and you’d have to connect that into another computer and plug it into an outlet. now with the ipad i have a portable digital sketchbook for $500.

oh, you say, but the cintiq has pressure sensitivity but the ipad does not. that’s true as of now, but that might soon change. amazing! 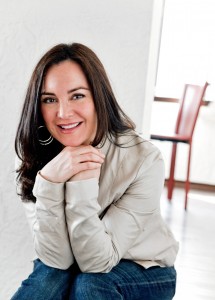 i like to make lists and track my progress with things. so far: i participated in a mock writers room class at nickelodeon, where as a group, we wrote an episode of the nick show, big time rush. revised my parks and rec spec and my pilot. applied to cbs, wb, disney, nbc. i also…

here are a few headshots of some of the actresses that came in to audition for jen. i was looking for a girl next door sort of look, but beyond that, i didn’t really have any preconceived notions as far as appearance goes.

i spent the last week researching community. i watched the entire season over and over, and read 4 of the scripts. i wrote down any ideas i had for possible storylines while i watched the episodes, and i narrowed it down to 3 possible A stories, and 3 B stories. then i spent some time…