i’m getting closer to making my movie, and there are only 2 weeks left for my indiegogo campaign! i have some cool perks including consultations, script reviews, and artwork, so please check it out and donate if you can.

we’re shooting on the RED epic!

a few movies shot on this camera:

my DP is going to do a great job and it’s going to look amazing. i have an amazing composer, gary k. thomas, and i’m really excited to get to work with him. here’s his bio:

Gary K. Thomas has been working as a composer/orchestrator/arranger in Los Angeles for the past fifteen years, accumulating credits such as AVATAR, THE BOURNE ULTIMATUM, THE SPIDERWICK CHRONICLES, WALL-E, and LEATHERHEADS, to name a few. Born and raised in Bristol, England, Gary came to the U.S. in 1991 to attend graduate school at the Berklee School of Music in Boston.

and i have fantastic production designer, my friend angie cho.

Angie loves set and wardrobe design.  Her previous work includes projects with Nat Sin, Audrey Kitching and Shadowplay Studio.  She also has a knack for home decor and writes at Apartment Therapy.  She’s equally at home with a two by four as she is with a sewing machine.

i had a location scout with matt, my DP. the location is a shed, so we need to empty it out and dress the set. that’s me sitting approximately where the psychic will be sitting. there are a lot of things to consider when scouting a location. some creative, some practical:

i went back to the location with angie, my production designer, and discussed ideas on how to dress the set, color schemes, possible props. she’s also doing costumes, but that’ll be a separate conversation after we finalize the cast.

we finished auditions and callbacks!

here are some notes i have for actors when they audition:

please check out my indiegogo page, and help spread the word about this project!

it’s been just over a week since i finished shooting my movie, and i have a rough cut done. i have to refine it and lock the picture by next week, and then i have to hand it over to the sound mixer who will be doing the audio mixing for the dialogue. that will… 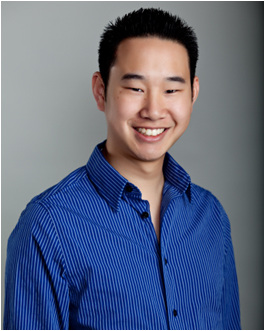