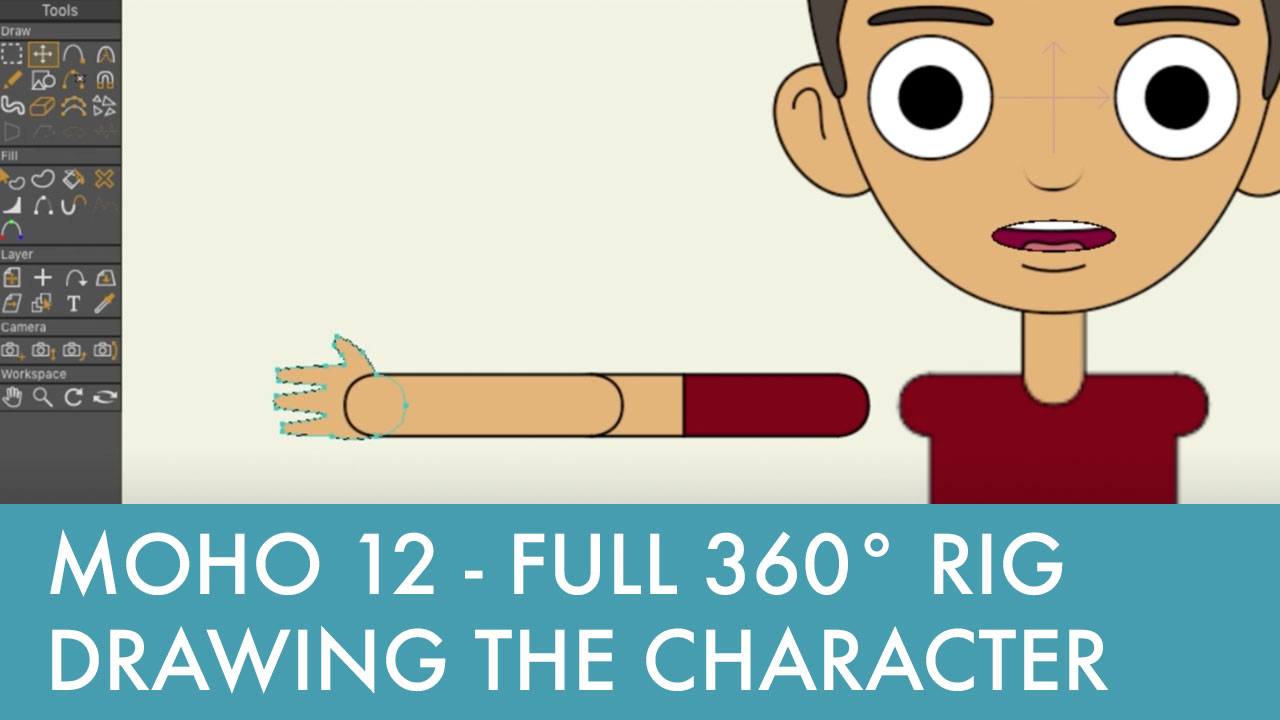 Whew! That’s a lot, and I’m doing it all by myself, other than the voices. Also, I have to learn how to use animation software, and learn the art of animation.

Luckily, I’m not starting completely from scratch. I already have the concept and a rough scripts for the first few episodes. I also have basic ideas for character designs fleshed out.

The type of 2d animation I want to do is puppet style animation where you take artwork, attach a skeleton to it to create a rig, and move that around to animate. The good thing is you can create these rigs for characters once, and reuse them in future episodes. Same with any props or backgrounds.

Here are the main 2d animation programs I considered:

To research, I watched other people’s work created by the different programs, read reviews, watched tutorials, and downloaded and tested several demo versions of programs. I wanted the right balance of simple and easy to use, vs power and control. For me, Moho was the best fit. It won’t be for everyone. It depends on your artistic ability, what visual style you want, if you’re working alone or on a team, your budget, etc.

For me, Moho is the right fit, and I need to learn how to use it. This is a video of me drawing a character to practice learning the program. This is just a test character, not finished artwork that will be used in my web series. In future videos, I’ll build a skeleton for this character, attach the artwork to it, then start moving him around.

WHAT IF YOU CAN’T DRAW?

If you want to create an animated short or animated web series, but you can’t draw or animate, you have some options.

Usually art and animation are 2 separate skills, so I would recommend looking for at least 2 different people. The artist will need to read your script, and then come up with character designs. Sometimes, this person can also design the backgrounds and props, but other times you’ll have to find a different artist for that. It helps if the artist understands animation, because a complex detailed character won’t be good for animation. It’ll take longer to animate, and potentially won’t look as good moving.

For animators, look at their demo reels to see that their style matches your vision. Also, I would specifically look for 2D animation work on their reel, and not just 3D work.

If people work for free because they like your script and your idea, great! However, keep in mind this means things can take longer. They might have paying gigs that take priority, and your project might suffer and take much longer because of that. Be sure to have a flexible timeline with this approach.

If you do pay people, just know going in that animation takes a long time, so I would negotiate pay by project, and not by hour.

OPTION 2: learn how to animate yourself

This is what I’m doing, but I wouldn’t recommend this unless you have some artistic talent or experience, and/or you’re willing to spend a ton of time to learn how to do even basic things. Besides animating, you’ll need to know or learn some kind of image editing program to get your artwork ready, like Photoshop or Illustrator. You’ll probably need something like Final Cut or Premiere to edit, something like After Effects to composite. Some kind of audio editing program like Pro Tools or Audacity.

But, if your style is going to be something crude and simple, then you can just lean into that.

I would suggest you look into Adobe Character Animator. The way the program works is very different from other programs. Instead of animating keyframes on a timeline, Character Animator is performance based and works by doing motion capture of your face with your computer web cam. Once you get artwork into the program, I think the actual animating will be something a non-animator can learn how to do.

i’m all done with my first tv spec! the deadline for the nick writing fellowship is tomorrow, but i finished and mailed it off today. the fellowship announcements will be made in late august / early september, so now i have to forget this project and move on to my next one. i ended up…

ku klux kornea has gotten an early acceptance into the show off your shorts film festival. it takes place in LA at raleigh studios mid february. it will also be screening this friday 11/9 at the austin asian film festival.

the closer i get to finishing up my project, the more i’ve thinking about what i want to work on next. there are a lot of different things i’ve been wanting to experiment with. after making a dialogue heavy comedy, i’m itching to make something more visually exciting. i still want to tell a story,…