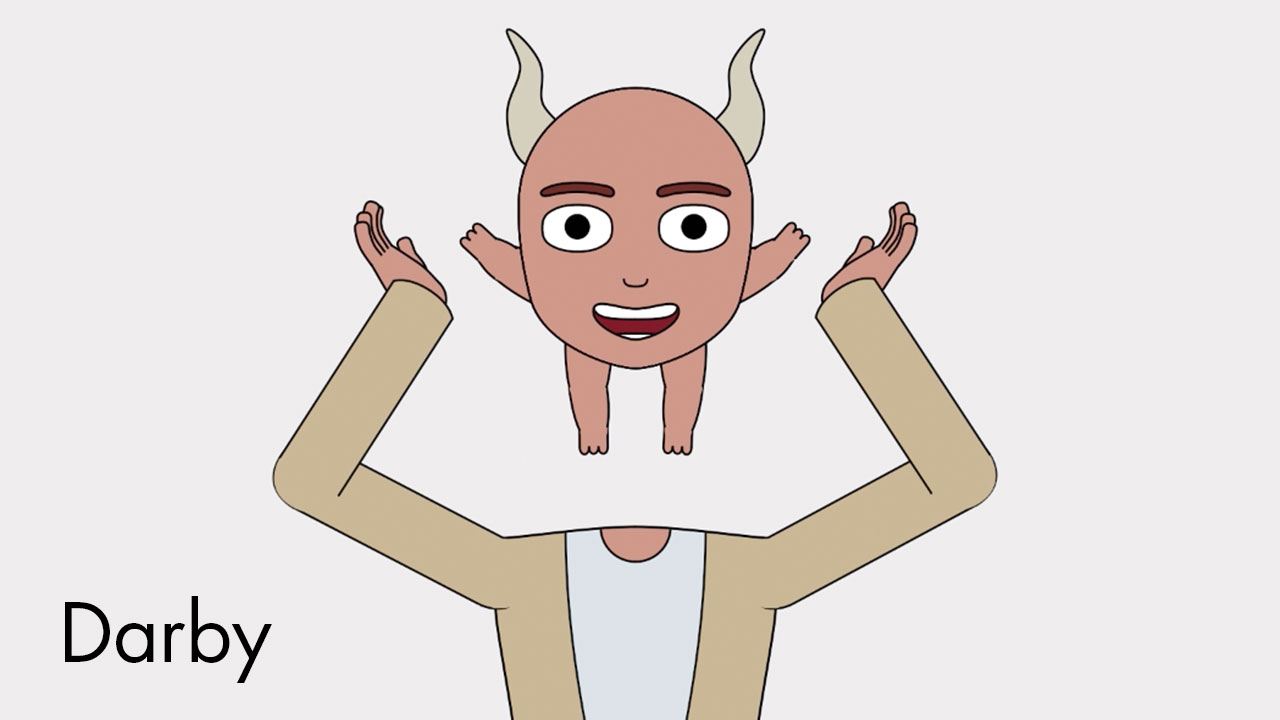 I’m excited to share Darby, the main character of the animated web series I’m working on. Darby is a head with arms and legs, and he rides around on a separate body.

I’m using the program Moho to animate. One of the reasons I chose that over other programs was that it has a powerful and flexible bone rigging system. I go over some of the details of that in the video.

I have 4 other main characters, and they’re all pretty different from each other. I’ll be sharing them soon.

Besides designing and rigging my characters, I’m also finalizing the script, and starting to storyboard. I’m also writing a half hour pilot with these characters. I want the pilot script ready to show along with the 5 minute animated short.

I follow @MysteryTVWrtrAs on Twitter. Apparently we’ve met before, but I have no idea who it is, and I know nothing about this person’s gender/ethnicity/age. I’m not even sure whether this person works in comedy or drama. We got chatting one night on Twitter, and I asked to do an interview. This person’s anonymity allowed for some candid answers…

i sent off my submission to slamdance yesterday. so far i’ve only submitted to sundance and slamdance. i’m also considering submitting to these festivals which all have submission deadlines before the end of the year : clermont ferrand, sxsw, tribeca, hbo comedy festival. there are other festivals that have later deadlines sometime in 2007 :…

i think this is a transcript of some forum. nice tidbits of info.Â mostly about features and documentaries, but helpful nonetheless. “The question that filmmakers need to know, is which festivals are right for you, and how do you make those choices. Are there strategies that will help your film and whatever objective you have…

my plan is to have 2 comedy spec scripts and 1 pilot. i wrote 1 spec of The Office which i sent off to the nickelodeon fellowship. my other spec will be for How I Met Your Mother so i’ve been watching past episodes for research.

i returned from the duke city shootout. i’m completely exhausted, but it was an amazing experience. i met so many great people and learned a lot. i’ll try to recount what happened day by day over there in albuquerque, but i have to jump immediately to my next project. i have to write another tv…